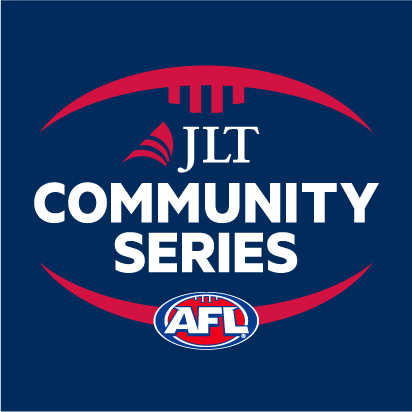 It’s always nice to see your team have a good JLT series. And after your team has won both matches the media builds up your hopes and you look forward to a good season. But is it really any indication of the 2018 season form, or are they really just practice matches?

Five teams won both JLT matches in 2018. Based on this, are Richmond set for back-to-back flags, have Gold Coast quickly improved under new coach Stuart Dew, will Melbourne make the finals this year, is the young Carlton list really that good, and will Sydney be contending again this year.

Lets’ look back on previous years. 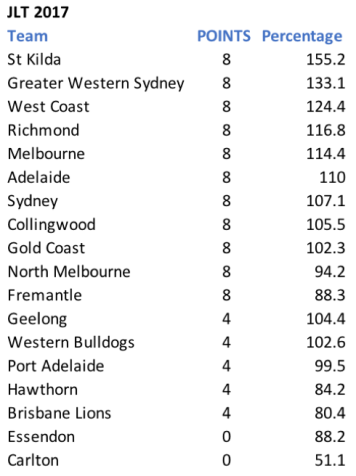 But Richmond did finish 4th and were the only team in the JLT top 5 to finish higher on the ladder at the end of season (finishing 3rd then winning the flag).

So history has shown it means very little……let’s see how 2018 pans out.